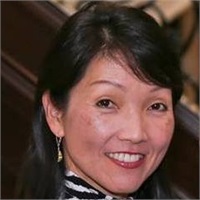 Born and raised in Taiwan, Vivian moved to northern California in 1990 to complete her studies at San Jose State University, where she earned her degree in economics and corporate finance. Originally a financial underwriter for Citibank, she migrated fully into the financial services industry in 1998. This is where she and Don met and began working together. A year later they were married.

Vivian specializes in employee benefits and small company retirement plans. She currently works with around 150 small businesses, assisting them with with their medical, dental, flexible spending and retirement plans. Her success in the industry lead her being featured on the Chinese/American evening news in December of 2016.

In her spare time, when not traveling the world with Don, she enjoys singing in her church choir and doing yoga.